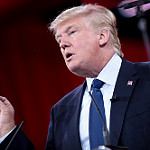 President Trump has signed the Improving Rural Call Quality and Reliability Act of 2017 into law. The rural call completion legislation, which was sent to the president’s desk earlier this month, is aimed at ensuring call completion in rural areas by managing the use of intermediate providers.

Rural Call Completion Legislation
“The Improving Rural Call Quality and Reliability Act gives the FCC another tool to tackle this problem head-on,” said FCC Chairman Ajit Pai in a press release issued upon the president’s signature. “The new law empowers the agency to oversee a significant source of rural call completion failures: so-called ‘intermediate’ carriers who carry calls between originating carriers (on the caller’s side) and terminating carriers (on the recipient’s side).  The FCC now can also establish service quality standards for call completion by intermediate carriers, and the tools to hold them accountable.

The legislation hopefully will solve a chronic problem facing rural residents. As with many other rural telecom issues, the heart of the problem is the high cost of delivering service in rural areas. In this case, calls often don’t reach their destination because failures enable intermediate providers to avoid paying the terminating access charges, which are higher in rural areas.

Hopefully, the problem soon will be solved. A key will be enforcement by the FCC, and Pai says the agency is on board. “I will be working closely with my fellow commissioners to ensure that rural Americans have what every American expects: a telephone system that works,” he said in the release.