I attended Digital Media Wire’s Digital Media Conference yesterday in Tyson’s Corner, Va. It’s a great networking event of the digital media industry. A recurring theme that I heard throughout the sessions (I’m obviously paraphrasing) was, watch out – we’ve only begun to walk down the digital media path. Whether its video content, music, mobile web, or online advertising, the current experience is in its infancy. Digital media is impacted by a slew of entrepreneurs, old line media, corporate brands, advertisers, and consumers themselves, all of whom (among others) are driving the distribution and consumption of media. And if anyone tells you they have it figured out – run for the door, because they’re either lying or out of touch with reality. Here is a list of observations I’ve come up with. Tell me whether you agree or disagree by using the comment tool at the end of the post:

Probably the best “a ha” moment for me about digital media is that despite its complexity, it’s really quite simple. It’s really about embracing and empowering consumers. Companies that will prosper the most in the digital media landscape are the ones that figure out how to embrace the consumer and are comfortable with conceding control to them. In effect, the consumer is becoming the gatekeeper of digital media and now have the tools to control and customize their own experience. That’s a hard concept for the traditional producers and distributors of media to grasp and embrace. Those that do, will win. 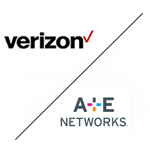