Home » Tit for Tat Spat Between Verizon and Cablecos 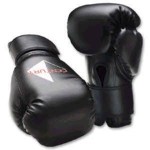 First it was the cable companies complaining to the FCC about Verizon breaking the rules with their “prevent defense.” Comcast, Time Warner Cable, and others complained that Verizon was trying to prevent Verizon customers from leaving once they received a number portability request from a cable competitor. The cable companies accused Verizon of aggressively pursuing those customers with a “please don’t leave” campaign. Cablecos complained, saying that practice is against the spirit of FCC rules and may be breaking the law. Verizon says nonsense, and that they are just doing a routine marketing strategy.

Well now its payback time. Verizon is now the complainer and has petitioned the FCC, asking that the process for switching cable service should be streamlined. By Verizon’s estimation, it’s somewhat easier to switch phone companies than to switch video providers. For switching phone companies, but keeping the same telephone number, there is an “automated” number portability system, where a customer simply tells their new phone provider they would like to switch. The prospective phone service provider initiates the number portability request on behalf of the new customer. But according to Verizon, when a customer wants to switch video providers, they have to initiate the disconnect themselves from their existing provider. Verizon says “no fair.” “This significantly complicates the process of switching video providers, thereby entrenching the cable incumbents’ dominant market position,” Verizon said in the petition. Of course the cable industry begs to differ. “Verizon’s fairy tale complaint is a lame attempt to deflect criticism from its years-long illegal practice of misusing proprietary information to prevent consumers from switching to a new phone provider,” Brian Dietz, vice president of Communications for the National Cable & Telecommunications Association (NCTA) said in a statement. Life in the fast lane of competition, I guess.