Home » A Time Warner Cable/ Charter Merger: Whose Strategy Would Be Best? 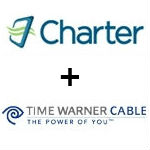 Charter Communications’ efforts to acquire Time Warner Cable, previously conducted behind closed doors, gained a higher profile yesterday afternoon when Charter released its latest proposal in a press release. TWC immediately responded with a press release of its own saying that it was rejecting the “grossly inadequate” offer. But the story isn’t over yet.

Charter this afternoon plans to hold a conference call to discuss its proposal and some industry observers believe the company’s goal is to get Time Warner Cable shareholders to pressure the company’s management to negotiate a deal with Charter.

In a letter to Time Warner Cable CEO Robert D. Marcus, Charter President and CEO Thomas M. Rutledge argued that a Time Warner Cable/ Charter merger would be beneficial to TWC shareholders because they would “realize the value creation from cost reductions, faster organic growth, and leveraged and tax advantaged returns.” Rutledge also argued that “the new combined company, through potential future swaps and divestitures with other industry participants, can help rationalize the geographic holdings of the industry into more efficient entities capable of providing better services and products into a very competitive marketplace, thus generating higher returns for the combined company and the industry at large.”

In the Time Warner Cable press release, Marcus called the Charter proposal a “non-starter” because it would represent an EBITDA multiple of approximately seven, which he said was “well below past transactions in the cable sector.” He also argued that “our high-quality assets, unique scale, synergy potential, growth opportunities and strong financial position should command a premium valuation compared to precedent transactions.”

Just last week Time Warner Cable CFO Arthur Minson Jr. responded to a question about the likelihood of a sale of the company in a Q &A session at the Citi 2014 Internet Media and Telecommunications Conference, noting that “we are really happy with the growth prospects and see a real opportunity to create value” but added that “to the extent someone comes along with an offer better than we can create on our own that’s obviously something we have to take a hard look at.” He noted, however, that anyone wanting to purchase the company would be facing “a pretty high bar” in terms of valuation.

At a time when the cable industry is seeing increasing competition from over-the-top video and telco video offerings, Time Warner Cable has experienced more churn than other major cable companies. But Minson said the company has a plan to double its business revenues within four to five years, to revitalize its residential business and to operate the business more efficiently. To support these plans, Time Warner Cable management plans to increase its capital expenditures but Minson noted that those expenditures could be covered, in part, through tax breaks the company expects to see.

Minson noted that the company’s residential subscriber losses in 2013 were due, in large part, to the expiration of promotional offers made in 2012. With the company’s current offers, Minson said “we feel good about the business” and that “we have our mojo back on the subscriber side.”

Shareholders now will have to weigh whether this strategy or the one proposed by Charter will offer them the greatest value. 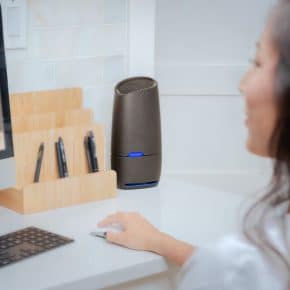 One thought on “A Time Warner Cable/ Charter Merger: Whose Strategy Would Be Best?”