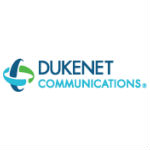 Traditional telecom carriers have long known that regional fiber networks are hugely important assets in the evolving and increasingly broadband and IP dominated competitive landscape. As recent M&A activity such as today’s announcement of the acquisition of DukeNet by Time Warner Cable highlights, telecom carriers are not alone in this assessment.

DukeNet, a North Carolina based regional fiber network, is owned by Duke Energy and Alinda Capital. It operates an 8,700 route mile fiber network throughout the southeast, with extensive operations in North and South Carolina, a key market for Time Warner Cable (TWC). The purchase price is reported to be $600 million, including the repayment of DukeNet debt.

DukeNet offers an attractive mix of “..data and high-capacity bandwidth services to wireless carrier, data center, government, and enterprise customers.” They recently announced 3,500 connections for fiber-to-the-tower for lucrative wireless backhaul services, an area that is probably very attractive to TWC.

The cable industry, TWC included, has made it no secret that it wants to diversify outside of its core business of residential video and broadband services. “Business Services is a key growth area for Time Warner Cable and this acquisition will greatly enhance our already growing fiber network to better serve customers, particularly those in key markets in the Carolinas,” said Phil Meeks, Executive Vice President and COO of Business Services for Time Warner Cable in a press release.

TWC has extensive operations in the Carolinas already, but this acquisition expands their footprint outside of their traditional cable footprint. It’s an interesting competitive dynamic that is forming, considering this expanded reach will not only allow TWC to compete with telcos for wholesale and enterprise business, but also with other cable MSOs.

As more and more cable companies diversify into wholesale and business services, they will increasingly compete with each other, something that has not historically happened on a large scale for that industry. Telcos have long since competed with each other for lucrative enterprise and wholesale business (and wireless of course) and it looks like cable companies are joining the party as well. The fastest path for them to join is acquisition of companies like DukeNet. Perhaps we’ll see more to come.