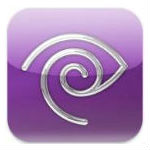 In an interesting development, Time Warner Cable (TWC) will offer up to 300 channels of TV on the Roku OTT streaming platform through their TWC TV app. This is the first agreement of its type for Roku, where a traditional pay-TV video service provider adds their channel line-up to the streaming platform. The announcement was made during this week’s International CES, which will feature a ton of similar announcements.

The move illustrates TWC’s efforts to distribute content across a variety of platforms in the hopes of meeting today’s customer expectations for content anywhere. According to TWC, the TWC TV app is also available on “…Apple’s iOS devices (iPhone, iPad and iPod Touch), on a number of Android tablets and phones, and also on PCs and Macs.” The TWC TV app will be available on all Roku 2 players, Roku HD (model 2500R) and Roku LT players as well as the Roku Streaming Stick™. It marks the first time TWC has made its content available on a separately sold consumer device that connects directly to the customer’s TV.

The channel line-up is delivered over TWC’s local access network to the Roku boxes, and not over the open Internet. As a result, “Channels available on TWC TV are subject to availability in the customer’s area as well as their video package subscription.” The channel line-up will include broadcast networks. Authenticated subscribers to Time Warner Cable will be able to access the content at no additional charge. The Roku app is expected to launch sometime this quarter.

“The availability of a service like TWC TV on an open platform represents significant milestones for both Time Warner Cable and Roku as well as for the industry overall,” said Anthony Wood, founder and CEO, Roku in a press release. “More importantly, with TWC TV, customers will have more choice in entertainment than was ever possible before.”

In addition to broadening the distribution of their content offer, TWC also gains the benefit of lessening their dependence on expensive set top boxes. Today’s Roku experience doesn’t match a typical fully functional STB, particularly with regard to DVR capability. But these steps by TWC and others, to “appify” the channel line-up and overall TV experience are early glimpses into the future of the subscription TV business, which will rely less and less on expensive STBs at every TV.