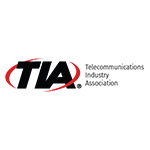 Network operators are getting serious about edge computing, as a new white paper from the Telecommunications Industry Association about converting telecom central offices to data centers illustrates.

“[C]entral offices and data centers are now required to coexist” even though “[s]ome essential characteristics are in direct conflict with each other,” writes TIA in the white paper, titled “Central Office Evaluation Strategy for Deployment of Information and Communications Technology (ICT) Equipment.”

Converting Telecom Central Offices to Data Centers
The idea of converting telecom central offices to data centers or sharing space between the two functions is being driven, in large part, by the arrival of 5G wireless networks, which can support high speeds and low latency. Those speeds are so high that typical wireless devices such as smartphones may not have the computing power and battery life to support all the applications envisioned for 5G networks, as AT&T and others have noted. Putting computing resources at the network edge could help minimize the computing that must be done by the wireless device – and central offices increasingly are being seen as an excellent place to locate those resources.

Making such a conversion has implications for heating ventilation and air conditioning (HVAC) systems, electrical power and fire protection, however, as TIA explains in the white paper.

The CORD initiative itself has been impacted by operators’ edge computing plans, with the initiative’s focus shifting in that direction to support those plans.