Home » The U.S. Navy Takes a First Step Towards FirstNet 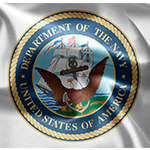 The U.S. Department of the Navy is assessing use of FirstNet, the dedicated mobile broadband public safety network being built by AT&T in cooperation with the federal government unit FirstNet. The assessment could lead to use of FirstNet across Navy and Marine Corps installations nationwide.

“We are honored to help the Department of the Navy transition to the FirstNet public safety communications platform,” Mike Leff, the vice president of Defense for AT&T Public Sector, said in a statement. “It’s a promising first step toward eventual procurement, deployment and management of FirstNet-based services.”

Navy FirstNet Plans
AT&T says that a policy directive from the Secretary of the Navy calls for the Commander of Navy Installations Command (CNIC) and the Commander of the U.S. Marine Corps Installations Command (COMMCICOM) to be responsible for the development of associated functional, technical and budgetary requirements, policies, procedures, and deployment strategies related to FirstNet integration and its implementation on Navy and Marine (USMC) installations nationwide.

FirstNet has made significant announcements during the past few months.