Home » The Need to Compete Flexibly and Globally Behind Discovery’s $14.6B Acquisition of Scripps 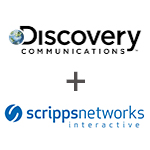 The great changes in how content is packaged and delivered and the desire to compete worldwide are two drivers of Discovery Communications’ acquisition of Scripps Network Interactive, according to the companies.

The goal is to increase Discovery’s depth and reach. “We believe that by coming together with Scripps, we will create a stronger, more flexible and more dynamic media company with a global content engine that can be fully optimized and monetized across our combined networks, products and services in every country around the world,” said David Zaslav, Discovery Communications’ President and CEO in a press release.

The cash and stock transaction is valued at $14.6 billion. That equates to $90 per share based on Discovery’s closing price on July 21, 2017 which is a 34 percent premium to Scripps’ unaffected share price of July 18. The deal is expected to close early next year.

Discovery will be adding a number of programming entities. The highest profile are HGTV, the Food Network, the Travel Channel, the DIY Network, the Cooking Channel and Great American Country. Also included are Polish programmer TVN, UKTV (a joint venture with BBC Worldwide), the Asian Food Channel and the Fine Living Network.

The combined entity will control almost 20 percent of the ad-supported pay-TV viewership in the United States. This includes five of the top ad support pay TV networks viewed by women. These networks are viewed by more than 20 percent of primetime female viewership.

The distribution and end user device landscapes have changed drastically. The combined Discovery/Scripps will own about 300,000 hours of library content and produce more than 8,000 hours annually of originally programming and more than 7 billion short form streams monthly. The new entity will leverage Discovery’s investment in Group Nine Media to build that number. It also will include Scripps Lifestyle Studios, which is aimed at data driven ad sales, endemic advertising and branded entertainment solutions.