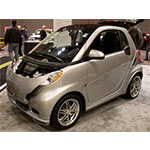 Lone Star State urban centers, towns and diminishing wide, open country is likely to see a lot more in the way of automated vehicles (AV) in this and coming years. The U.S. Dept. of Transportation (DOT) announced it had designated Texas an Automated Vehicle Proving Ground for the testing of connected cars and AVs.

Piggybacking off its national Smart City Challenge, DOT received more than 60 applications for designation as a national AV Proving Ground.

DOT’s selection of Texas as one of the nine federal AV Proving Grounds was based on an application made jointly by 32 municipal and regional partners and four in-state research organizations – the Texas Dept. of Transportation (TxDOT);Texas A&M Transportation Institute (TTI); the Univ. of Texas, Austin Center for Transportation Research (CTR) and Southwest Research Institute (SwRI).

“With five of the nation’s 15 fastest-growing cities in Texas and our population expected to potentially double by the year 2050, Texas must be a leader in new technology that addresses transportation challenges,” TxDOT Deputy Executive Director Marc Williams explained in a news release. “This partnership puts Texas at the forefront of automated vehicle technologies that likely will shape the future of transportation around the world.”

Automated Vehicle Proving Ground
National AV Proving Ground partners will carry out a wide range of connected and AV R&D and testing. The resulting data and information will be collected, organized, analyzed using Big Data analytics, and shared and exchanged among program partners. DOT and state AV Proving Grounds expect the program and process will be instrumental in establishing industry guidelines and best practices that will lead eventually to commercialization and widespread adoption of connected and automated vehicles.

The ultimate goal of the public-private collaboration, according to CTR’s press release, “is to offer services that connect people to places of opportunity.”