Home » Testing the Waters on POTS Phaseout on Fire Island 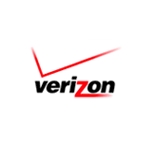 When Verizon’s traditional copper phone line infrastructure on New York’s Fire Island and Barrier Island was damaged by Superstorm Sandy last year, the carrier began offering Voice Link as a replacement and petitioned the FCC to allow that to be a permanent solution.

The commission appears particularly concerned about the reliability of Verizon’s wireless infrastructure and its ability to support 911 services. According to Verizon, Voice Link “will identify your exact address for the 911 systems operator,” as with traditional POTS.

But the FCC now is asking the carrier to explain how 911 calls placed by Voice Link customers in the affected areas are routed to the appropriate public service answering point, to describe in detail the actions Verizon and Verizon Wireless have taken to ensure that 911 calls from the affected areas using Voice Link have at least the same call completion rate and the same or better routing time as before Sandy and to provide other details.

Verizon notes that affected customers may have a variety of options other than Voice Link for replacing their traditional phone service, including traditional wireless service and cable services. But the other wireless services are likely to have the same limitations as Voice Link – and while cable may be a better solution, it’s not clear whether it addresses all of Verizon’s problem areas. And the cable company may not have the same carrier of last resort obligations that Verizon faces.

Industry stakeholders will want to pay close attention to the final outcome on Verizon’s petition, as it should offer an idea of the issues that any carrier will face if it should seek to phase out traditional POTS in favor of a wireless solution.