The latest telecom-utility broadband partnership comes from two Tennessee companies – local telecom carrier United Communications and Middle Tennessee Electric Membership Corporation. The companies will partner on fiber-to-the-home deployments in underserved parts of seven counties. A spokesperson for United Communications told Telecompetitor that United will own the network and act as the service provider, with Middle Tennessee Electric “making a strategic investment in United.”

The deployments also will support a smart grid initiative for Middle Tennessee Electric.

Telecom-Utility Broadband Partnerships
Rural communities have seen an increase in telecom-utility broadband partnerships in recent years. Increasingly, these companies are finding considerable synergies in working together, as the electric companies pursue smart grid initiatives that require modern communications infrastructure and as both types of companies look for ways to bring broadband to underserved areas.

Other states with telecom-utility broadband partnerships that Telecompetitor has covered include:

Additional information about the United-Middle Tennessee Electric broadband plans can be found in this press release. 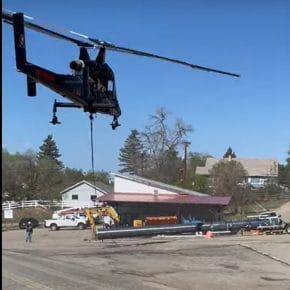 TDS Uses Helicopter to Install a Microwave Pole on Mountaintop