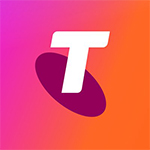 Telstra’s gibabit LTE network service is up and running and Netgear’s Nighthawk M1 gigabit LTE device is available in select areas of New South Wales’ capital city. More broadly, both will be available in Australia come late February, according to a Qualcomm news release.

The gigabit LTE network ramps up peak speeds and bandwidth of Telstra’s broadband wireless network to 1 Gbps download while doubling upload speeds to a peak of around 150 Mbps, according to the company.

Downstream, Netgear’s Nighthawk M1 Mobile Router (MR1100) gigabit network device makes use of 4×4 MIMO and the Qualcomm Snapdragon X16 LTE modem. The latter allows for four-way receive diversity, which improves data throughput across all LTE network areas, including those that are gigabit-enabled and those that are not, the companies explain.

Rolling out gigabit LTE networks, services and devices is a key step in paving the road towards introduction of next-gen 5G broadband wireless technology, the project partners pointed out.

“As the roll out of Gigabit LTE continues, our customers with a Gigabit capable device can enjoy a faster mobile experience for both downloads and uploads,” Telstra Group Managing Director, Networks’ Mike Wright said in the press release.

“Gigabit LTE is also an important step on our journey to 5G and demonstrates Telstra’s commitment to delivering Australians a world class network now and into the future.”

By upgrading its 4G network Telstra is putting the building blocks in place for the launch of 5G networks and services in Australia, he added. “[T]his will deliver more bandwidth and lower latencies which are critical for emerging applications such as downloading 4K video, IoT, autonomous vehicles, augmented reality and shared virtual reality,” Wright pointed out.