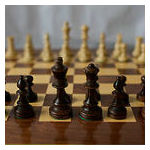 There is one single thread weaving through cloud computing, network functions virtualization, over the top applications, the Internet of Things and all software defined functions.

All are examples of the fundamental architecture of modern computing, which separates applications from the pipes that deliver apps, or computing instances and storage from the places and devices where functions are executed.

One might argue that computing architecture now has implications–perhaps profound long term implications–for the telecommunications business.

On the operating front, telecommunications firms hope to use network functions virtualization to reduce capital investment in their networks, and perhaps also attack operating costs, as Telefonica, among many, is investigating.

In a similar way, it can be argued that cloud computing creates more demand for long-haul capacity, backhaul, middle mile transport, data centers and content delivery networks, all of which can drive enterprise revenues for access providers.

But there also are dangers. Modern distributed computing, though requiring Internet access capabilities, also allows third parties to create and sell services over “any” access network.

How soon such trends become material facts for policymakers is unclear. In other words, it could happen that revenue opportunities for today’s telecom, satellite or cable TV entities shrinks, rather than grows, as value and revenue shift to third party suppliers.

Access will still be necessary, but that revenue stream already is only a part of total access provider revenues.

If, in the future, both existing and future apps are created and sold largely by third parties, access providers might face big revenue obstacles, as the enduring and unique value of any access networks becomes “Internet access,” a “pipe” function.

The Role of Third Parties
In principle and in fact, most other communications-dependent apps and services can, and will, be supplied by a wide range of third parties.

For policymakers, the new issue is then to create a framework where the necessary access facilities providers continue to generate sufficient revenues to invest in improved access at a high level.

Under monopoly conditions, that isn’t so difficult. Though innovation might be low, and prices high, rate of return regulation virtually assures that any desired level of reinvestment can be generated.

It might not yet be a crucial decision, but U.S. communications regulators might face a tough decision if Sprint decides to make a bid to buy T-Mobile US, a deal regulators and antitrust authorities have been signaling will face very tough opposition.

Already convinced the U.S. mobile market is too concentrated–the reason the AT&T effort to buy T-Mobile US earlier was opposed–the default position by regulators is that no deal to further consolidate the market would be good for competition, and good for consumers.

On the other hand, U.S. regulators likely also face a scenario that could add two facilities-based contestants in the relatively near future: Dish Network, which must build a network and offer service, or lose rights to use valuable spectrum; and a consortium of cable TV operators.

Both Dish Network and the cable TV consortium would rely, in part on owned facilities, and in part on leased access. So even after a combination of Sprint and T-Mobile US, there might still be five leading providers in a matter of several years.

Granted, each separate deal has to be weighed independently. But those changes in the mobile market also might occur under circumstances where the rest of the U.S. triple play market is consolidating as well.

And those markets will consolidate, over time, because the amount of revenue access providers can generate might well stagnate, and then fall. It already is happening in Western Europe.

A New Regulatory Attitude?
The point is that there might come a time when communications policy has to confront the reality of an industry unable to generate generous amounts of revenue, as it has in the past.

That would force a different regulatory approach. The prime concern would not be restraining large competitors, but assuring their ability to continue investing in core facilities.

Perhaps we are not clearly at such a point in the U.S. market. But we are getting closer, as it can be argued that neither Sprint nor T-Mobile US, as independent entities, have the ability to invest enough to catch either Verizon Wireless or AT&T Mobility.

A far trickier environment could develop in the future, if the industry, in aggregate, begins to shrink, in terms of total revenue. It hasn’t happened yet, in the United States.

But revenue shrinkage already is a reality in Western Europe. Oddly enough, policymakers might have to shift to “rescuing” the industry, at some point, not “restraining” it.