Despite the COVID-19 pandemic, the past year was another big one for broadband and telecom provider mergers and acquisitions. Here’s our wrap-up of 2020 telecom M&A, highlighting some of the trends we see.

It’s a long list but certainly not exhaustive of every deal that happened in 2020. There undoubtedly were some additional deals that we didn’t cover.

Several of the big deals of 2020 were originally announced in 2019, including the T-Mobile/Sprint merger, which closed in April. Since then, Dish purchased the Sprint Boost prepaid wireless business unit from T-Mobile, which was a Sprint/ T-Mobile merger condition.

Zayo’s deal to go private through an acquisition by Digital Colony Partners and EQT Infrastructure closed in March 2020. Segra’s plan to purchase North State, also announced in 2019, closed in May.

Investment firms remain focused on broadband and telecom providers. One of the biggest deals of the year is investment firm Stonepeak Infrastructure’s plan to purchase Astound Broadband, owner of RCN, Wave, Grande, and enTouch. That deal is expected to close in the second quarter of this year. EnTouch became part of the Astound earlier this year.

Other investment firm deals announced in 2020 included Wren House Infrastructure Management Limited’s plan to purchase i3 Broadband, GI Partners plan to purchase Vast Broadband, and a deal through which affiliates of APG Group and affiliates of Fiera Infrastructure and Fiera’s senior management team, would acquire the remaining indirect equity interests in Conterra not already owned by Fiera.

Deals calling for investment firms to purchase only a portion of a broadband provider include Searchlight and Consolidated Communications (35%), SDC Capital Partners LLC and ALLO Communications (48%), as well as Morgan Stanley Infrastructures and the Lightpath Fiber Enterprise Business (49.99%).

The mobile provider market already has seen a lot of consolidation, but there was still room for a few deals this year.

In addition to purchasing the Boost prepaid wireless business, Dish also supplemented its holdings by purchasing Ting Mobile, although the main purpose of the purchase may have been to acquire technology developed by Ting’s Tucows unit.

Verizon hopes to boost its own prepaid wireless business with its planned purchase of Tracfone. Verizon also seems to want more control of the rural portion of its wireless business, as it announced acquisition plans involving two rural wireless providers – Bluegrass Cellular and Iowa RSA 2. Verizon already was a part owner in the latter.

T-Mobile also may be seeking greater control over its rural operations with its plan to purchase wireless operations of Shentel, which for years has operated the Sprint mobile network in parts of the mid-Atlantic.

One area where there still seems to be considerable room for consolidation is fixed wireless. Two of the big movers here are Watch Communications and Nextlink – both of whom were big winners in the 2018 Connect America Fund auction.

The names of some of the companies that bought other companies in 2020 are becoming increasingly familiar to those who follow telecom M&A. You could call them serial consolidators and they include:

Another serial consolidator, Cable One, appears to be taking a page from the telecom investment firms and has become increasingly willing to purchase just a portion of a company. Cable One said it would purchase a portion of Nextlink, as well as 45% of Mega Broadband Investments/ Vyve Broadband, with an option to purchase the remainder in 2023.

While the big companies may have grabbed the headlines, there were at least a few M&A deals involving smaller players in 2020. The year started out with Minnesota-based BEVCOMM announcing its acquisition of Lonsdale Telephone Company.

Nebraska-based Glenwood Telecommunications purchased the broadband network and customer contracts of Geneva Broadband. C Spire continues its expansion into Alabama with an acquisition of Harbor Communications. 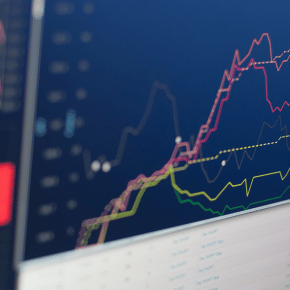