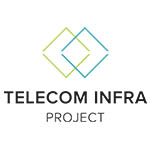 Two and a half years after it was established under the auspices of Facebook, the Telecom Infra Project (TIP) has made substantial progress toward its goal of hastening the pace of internet connectivity globally. A blog post coinciding with the TIP Summit in London this week highlighted Telecom Infra Project trials and other milestones.

Facebook announced the Telecom Infra Project back in February 2016, calling it “an engineering-focused initiative that is bringing operators, infrastructure providers, systems integrators and other technology companies together to collaborate on the development of new technologies and reimagine traditional approaches to building and deploying telecom network infrastructure.”

At that time, the company asserted in a blog post that “[s]caling network infrastructure to meet this global data challenge is not moving as fast as people need it to.”

Telecom Infra Project Trials and Progress
Today’s TIP blog post downplays Facebook involvement in the initiative, instead highlighting Telecom Infra Project trials and progress and the operators and manufacturers involved. North American operators are noticeably missing from the blog post – although the post does mention CableLabs, a global organization with a strong North American presence, which is involved in a TIP vRAN fronthaul trial. It’s also not clear to what extent TIP activities might duplicate or overlap with the efforts of other industry technology groups. Nevertheless, it would be worthwhile for North American operators to keep an eye on TIP activities, which seem to have considerable momentum.

The latter may be particularly interesting to companies such as AT&T that have touted the important role that edge computing will play moving forward. The TIP edge computing trials involve two use cases — mission critical drone control and high bandwidth content caching.

Other TIP initiatives highlighted in the blog post include: