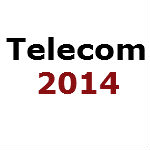 Telecompetitor covered a lot of big telecom stories in 2014, but there were 12 that stood out in my mind – and I thought readers might find it helpful to see them all recapped in one place.

If there is any single common thread among the top 12 telecom 2014 stories, it’s this: From open regulatory issues such as Net Neutrality and the Connect America Fund to ongoing trends like gigabit networks, nearly all of these stories are “to be continued.”

Gigabit networks see strong growth. I counted at least 30 new gigabit market entrants in 2014, some of whom made announcements for multiple markets, as well as numerous new markets announced by companies that entered the gigabit market in 2013 or before. And according to one of the suppliers to this market, there’s plenty more companies in the pipeline.

Major pay TV mergers pending. AT&T wants to acquire DirecTV and Comcast wants to acquire Time Warner Cable. Both deals are driven in part by a desire to minimize skyrocketing programming costs. Regulators must determine the consumer impact before granting their approval.

Net Neutrality is a highly volatile topic. When an appeals court struck down the FCC’s Open Internet (also known as Net Neutrality) guidelines, consumer groups and President Obama called for the commission to reclassify broadband as a Title II or communications service – a move the telecom industry opposes. The commission should address this in 2015 – and undoubtedly will make enemies no matter what it does. Equally volatile and unresolved is the issue of Internet traffic exchange, which may or may not be related to Net Neutrality, depending which side you’re on.

Windstream plans ground breaking REIT spinoff. The company hopes to free up capital for investment by moving its fiber and copper assets into a real estate investment trust, which also is expected to acquire similar assets from other telcos pursuing the same goal. The deal is scheduled for completion in the first half of 2015. Will Windstream achieve its goals? Will other companies adopt the same approach? The industry will be looking for answers to these and other questions.

TDM-to-IP transition is top of mind. Telcos are getting serious about transitioning today’s TDM based networks to IP-based infrastructure. AT&T, CenturyLink and other have proposed TDM-to-IP trials – and the FCC owes the industry an answer on these proposals.

Connect America Fund implementation creeps along. Transitioning today’s voice focused high-cost Universal Service program into a broadband-focused Connect America Fund is a complex task. In 2015 the commission is scheduled to offer funding to price cap carriers to cover some of the costs of deploying broadband to rural areas that lack broadband today. At least one carrier expects to accept funding. But if a carrier opts out, funding will be awarded through an as-yet-undefined competitive bidding process. The commission is looking to rural broadband trials, whose participants were just announced, to provide guidance on the bidding process. The commission also owes smaller rate of return carriers an answer on what their CAF program should look like, but how soon it might tackle that is unknown.

E-rate reforms. The schools and libraries – or E-rate—portion of the Universal Service program also is being revamped to focus on broadband. The FCC made considerable progress on this in 2014. Now it’s a matter of execution.

Wireless price wars. After a substantial network upgrade, T-Mobile set out to move new traffic onto that network by grabbing customers from other network operators through aggressive prices and promotions. All three of the other major national operators have now responded with their own programs, the aggressiveness of which varies depending on the operators’ circumstances. Sprint, which has the most to lose, has offered the strongest response; followed by AT&T, which has been the specific target of some T-Mobile promos and Verizon, which also is feeling the impact. The question for 2015 will be the ongoing impact of this vastly more competitive marketplace on stock prices and valuations.

Spectrum value skyrockets. The ongoing auction of mid-band spectrum already has far exceeded expectations in terms of what wireless operators would spend – and it’s not over yet. With traffic levels climbing fast, network operators feel compelled to bid high to accommodate future growth. We should know final prices in the current auction soon – and those prices should give network operators a sense of the moves they need to make in 2015 to prepare themselves for the auction of potentially even more valuable low-band broadcast spectrum in 2016.

OTT providers as cablecos. The FCC is contemplating classifying certain OTT video providers as multichannel video distribution providers – a move that would force content providers to negotiate with those companies to deliver the same programming that traditional cablecos offer. This could be a game-changing decision – and one that will be hotly debated moving forward.

Municipal broadband networks. When cities are unable to persuade local carriers to upgrade their broadband networks, they sometimes take matters into their own hands, making plans to build their own networks. The incumbents say this is unfair and in some states have pushed for and obtained legislation effectively preventing municipal networks. FCC Chairman Tom Wheeler says that’s anti-competitive and has threatened to step in. Will he or won’t he and what form would that intervention take? We could have the answers in 2015.

Sprint seeks rural partners. Sprint wants small rural network operators to help it build out LTE nationwide. To achieve that, the company is offering long-term spectrum leases and letting rural carriers leverage its vendor relationships for better equipment deals. The program, known as SMART and delivered through the NetAmerica alliance, already has attracted some rural network operators. How successful will the program be and how will its results compare with those of Verizon, which launched a substantially different rural LTE program several years back? Those are important questions moving forward.

Clearly 2015 already is shaping up to be an exciting year in telecom. Telecompetitor looks forward to experiencing it with you.