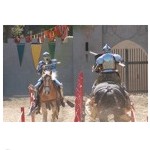 Given the brutal beating large telcos have received for residential voice customers, much of which came courtesy of their large cable competitors, you couldn’t blame them for throwing in the voice white towel. But rumors of telco’s voice demise at the hands of cable may be premature.

In fact, telcos still have some voice fight in them. Before I get into the details, we need to put large telco’s voice product in perspective. Both AT&T and Verizon realized some time ago that plain old telephone service (POTS), delivered over a legacy TDM network would no longer suffice in today’s digital world.

So they both launched new voice products, built on IP platforms, and more suitable for their customer’s digital lifestyle. Call it voice 2.0, or digital voice as I like to call it – U-verse Voice for AT&T and FiOS Digital Voice for Verizon. It’s no accident these digital voice products are branded to each company’s premium bundled offering.

These IP voice platforms are what Verizon and AT&T are now regrouping around for the ongoing battle with cable competitors in the double and triple play bundle prize. And why not? Those same cable companies have been kicking butt for years with a digital voice powered bundle. AT&T and Verizon have finally woken up and responded in kind.

The results are encouraging. As the table below reveals, AT&T and Verizon combined actually added more digital voice subscribers in 1Q11, 341K total, than the largest two cable companies, Comcast and Time Warner Cable, both of whom added a combined 332K. These numbers are digital voice net adds only, and do not include legacy TDM voice losses. But in reality, digital voice service is the future, and POTS is the past.

This is not a onetime occurrence. In fact in 3Q10, Verizon alone actually had more digital voice net adds, 326K, than Comcast and Time Warner Cable combined, 250K. When is the last time Verizon could make that type of claim?

In the end, this is less about whether telco can ever take the digital voice crown from cable and more about the future of telco wireline residential voice products.  Future growth will only come from a properly bundled IP voice product. Absent that, telcos can only watch their legacy POTS service die on the vine. Depending on the situation, that death may be slow or fast, but death all the same.

4 thoughts on “Telcos Revive Battle Against Cable for Residential Voice”