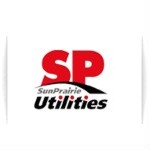 TDS announced its intent for a municipal broadband acquisition from Sun Prairie Utilities of Sun Prairie, Wisc. A non-binding letter of intent gives TDS ownership and management of the fiber network constructed by Sun Prairie.

“SPU has built a strong fiber broadband network and has worked hard to expand broadband capacity in Sun Prairie for its citizens,” said Drew Petersen, vice president of External Affairs and Communications at TDS in a press release. “We plan to expand the network to launch 1Gigabit broadband speeds, as well as phone service, and our industry leading IPTV solution, TDS TV, to residents.”

Full terms of the agreement were not disclosed, but TDS says they hope a definitive final agreement will be negotiated and closed by the end of March 2017.

“Under the LOI we are signing, TDS will own and assume full responsibility for managing and operating our existing fiber network and build on the important work we started,” stated Paul Esser, mayor of Sun Prairie. ““By transitioning our network to TDS, more households and businesses will have access to fiber internet at no risk to the Utility.”

According to a report in the Wisconsin State Journal, SPU first built a fiber ring for the community in 1998. TDS will invest in the network over the next 12 to 24 months, bringing fiber connections to the majority of the city.

On the surface, SPU appears to be offloading a network to avoid future risk to the taxpayer, and at what appears to be favorable terms to TDS.