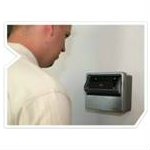 TDS Hosted & Managed Services, an LLC owned by TDS Telecommunications, aims to use the data center infrastructure it has assembled through several recent acquisitions to support an infrastructure-as-a-service offering to be launched this summer, said Bill Megan, president of TDS Hosted & Managed Services Tuesday at a press and industry event in Fitchburg, Wisc. Megan made his comments in an informal address after participants toured the company’s Tier 3 data center in Fitchburg.

“The service inside our footprint is highly available and low-risk,” said Megan. ”We provide a 100% [service level agreement]. We took highly available architecture and equipment and put it in a Tier 3 facility with no single point of failure. . . In the future we will offer cloud [services] within an environment like this. We think that’s a very compelling argument.”

TDS will steer clear of software-as-a-service offerings, instead focusing on infrastructure-as-a-service that will let businesses and enterprises purchase virtualized computing infrastructure housed in TDS facilities on a monthly basis.  The company sees IaaS as a logical complement to its hosting services. While hosting customers typically must commit to using an entire cabinet that can hold an average of about 30 servers, IaaS will be available to people who need less capacity or who simply want to outsource the responsibility for computing infrastructure.

Over time, Megan believes hosting customers increasingly will migrate toward an IaaS approach. “They will think of us as a good way to transition into the cloud,” said Megan. “Many clients are still premises-based but over time they will want to consider a transition and we’ll be able to help them make that seamlessly.”

TDS’s Des Moines, Iowa data center will be the first to support cloud services, but other Tier 2 and Tier 3 data centers will be added, with a target completion date of late August, Megan said. The data centers will be interconnected via 10-gigabit rings, and customers will have the option of having data backed up in another data center.

Moving forward
For now TDS Hosted & Managed Services operates under several different names, reflecting several key acquisitions the company has made over the last couple of years — including Vital Support Systems, VISI, OneNeck IT Services and TEAM Technologies. Megan said TDS opted to continue to use names like TEAM and VISI because they had brand equity and were better recognized than the TDS name in some markets.

He added, though that, “Over time we will evaluate the market message and rationalize what brands [we use].” That rationalization process could come in as soon as 12 months, he said.

Most TDS data center customers are based within a drive of about two hours, Megan said. “A lot of decisions are made locally,” he said, “and people want to meet us.”

Over time, though, Megan said he believes the geography served by TDS data centers will expand — “especially with cloud adoption.”

If indeed enterprise customers become more willing to look farther afield for data center services, it could be good news for TDS, which has several data centers located in the Midwest, which experiences very few hurricanes, earthquakes or forest fires.

Tier 3 differentiators
TDS’s Fitchburg data center, which carries the TEAM name, has attracted customers in part through its location and also because it is a Tier 3 facility, offering extra security capabilities that are required in certain industries such as health care. For example, as the photo accompanying this post illustrates, authorized personnel must submit to an iris scan before gaining entry to secured areas.

As TEAM Data Center Facilities Manager Eric Patterson explained, designers spent two years planning the building before construction was started. The facility has a high level of redundancy and is divided into individual rooms so that if, for example, a fire were to start in one room, it could be easily isolated. The company also monitors each rack in multiple locations, measuring characteristics such as temperature, humidity, and air quality, with data feeding into a building automation system.

Koch said some customers are moving into TDS data centers because they have run out of power at their current facility. “Most of those data centers were upgraded in 1998 and 1999 because Y2K was coming,” observed Koch. But power requirements have increased dramatically since then.

IPTV update
The Fitchburg data center recently expanded and among its recent additions are servers supporting an IPTV offering that TDS Telecommunications plans to launch soon in multiple states. About one third of customers will be served over fiber, with the remainder served over high-speed DSL, Megan said. All customers will receive the same video service lineup, but those served over fiber will be able to get higher data rates.

TDS also is working on using bonding and vectoring to boost DSL bandwidth, Megan said. Depending on a customer’s distance from the central office, it may be possible to get data rates as high as 300 Mbps, said Megan.

One Third of TDS Addresses Now Have Fiber