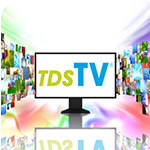 TDS is moving forward with expansion plans that include fiber broadband and IPTV. The latest example includes expansion of TDS TV to almost 2,200 addresses in southern Wisconsin.

The new offerings, which were made possible by ongoing network investments and upgrades, will be available in Albany, Blanchardville, Browntown, Juda, Monticello and South Wayne. The service already is available in Monroe, which is nearby.

“We’re delighted to be expanding the availability of TDS TV to the residents of these communities,” Julie Maiers, vice president of Marketing and Product Development at TDS, said in a press release. “It’s the same great service their neighbors have been talking about with a whole-home DVR, wireless set-top boxes, on-demand options, and more—plus fast internet speeds too.”

TDS TV features more than 260 all-digital channels, more than 100 of which are in high definition. It offers on-demand television and movies, pay-per-view and mobile options under with TDS TV Everywhere. The platform includes DVR functionality.

Video has seen some challenges of late for TDS. The company remains hobbled by a continuing retransmission consent conflict with Nexstar Media Group. Nexstar operates 174 stations that reach 38% of U.S. households. The conflict is preventing TDS from broadcasting popular channels such as ABC, CBS and Fox in markets serving more than 50,000 subscribers in several markets.

TDS expansion plans are also highlighted by a growing fiber broadband footprint. Those latest expansion plans include bringing 1 Gbps service to the Weston and Stevens Point communities in Wisonsin. Stevens Point approved the plan to install the technology within the city limits earlier this month. Weston’s project eventually will reach more than 4,400 residential customers and 550 businesses. The project in Stevens Point will provide the capabilities to more than 8,200 homes and 900 businesses.

In December, TDS said it brought its 1 Gbps platform to about 1,330 addresses in parts of Edwards, Hermon, Russell and DeKalb, NY.