Home » Tablet Wars Heat Up With Introduction of Google Nexus 7

Google unveiled the latest tablet to enter the growing battle of the new consumer electronic device category, established by Apple with its iconic iPad. The Google Nexus 7 is an extension of the Google Nexus brand, which now includes a smartphone and a new media player, Nexus Q, for the living room.  The Nexus 7, built by Asus, was introduced yesterday at Google’s I/O event, their annual developer conference.

Google’s approach with the Nexus 7 appears to be quite similar to the Amazon Kindle Fire approach. That is, sell a low priced tablet, which probably generates little profit, if any, and try to get users hooked into your content and app ecosystem. For Google, that ecosystem is now called Google Play, and it’s Google’s version of Apple’s iTunes.

Google Play gives users access to a variety of media, games, and apps. Amazon too has their own content and app ecosystem, which the Kindle Fire is designed to exploit. The goal for both of these tablets is to give customers a device basically at cost (or maybe even less) and hope to build a massive community of users for their content ecosystem, which can then be leveraged for profit in a variety of ways – they hope anyway.

Of course everyone is chasing Apple, who has managed to build an ecosystem that captures it all. Their device, the iPad, is very profitable by itself. They also have built a massive content ecosystem with iTunes, which helps fuel even more profitable hardware sales across their entire iOS footprint, which includes the iPhone and iPod.

Google is now looking to replicate Apple’s success. They are tightly integrating the full Nexus product line of smartphone, tablet, and media player with Google Play. Users will be able to synch all of these devices from the cloud and get a similar experience with access to their content across all devices.

Microsoft has also entered the fray, with the introduction of Surface earlier this month. It should all make for an interesting next few years as Apple, Google, Amazon, and maybe even Microsoft battle it out to try to capture market share in the new emerging field of media consumption via tablets. Apple is the clear early leader. Can they hold that lead over the long term? 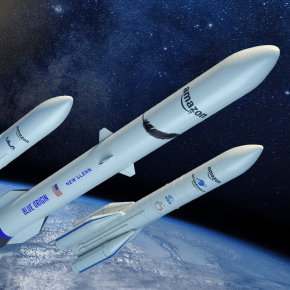