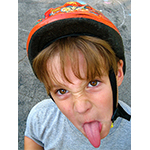 In true-to-form combative style, T-Mobile launched a new T-Mobile Hulu promotion that offers a free year of Hulu service to customers who took advantage of their previous AT&T DIRECTV NOW promotion. The initial promotion offered a monthly credit to pay for a year of AT&T’s new OTT video service, DIRECTV NOW, to customers who switched from AT&T’s wireless service.

But seizing on an opportunity to exploit a competitor’s bad press, T-Mobile is now saying that DIRECTV NOW is off to a rough start, and therefore, they will provide a free year of Hulu, on top of the DIRECTV NOW promotion.

“Because, well, as the New York Post put it, DIRECTV NOW is ‘a total disaster,’” says T-Mobile in a press release announcing the deal. “And as The Verge said, the streaming service ‘appears to be a complete mess’ and ‘users report constant errors and a near-unusable service.’”

AT&T has had some high profile challenges with DIRECTV NOW, but from their perspective, say the service is performing well, given its scale and complexity.

T-Mobile Hulu Promotion
T-Mobile says that all customers who signed up for the DIRECTV Now promotion will receive a notification in the coming weeks about how to get access to Hulu. The promotion will feature Hulu’s Limited Commercial plan, which retails for $7.99/month.

They are not exactly comparable services, with DIRECTV NOW offering a traditional linear channel line-up of live TV. Hulu, for now anyway, offers a SVOD service with access to TV shows and movies. Hulu also offers a commercial free version for $11.99/month, and will soon launch a more comparable competitive service to DIRECTV NOW.

Never one to miss an opportunity to ‘rub it in,’ T-Mobile CEO John Legere commented, “It turns out DIRECTV NOW is barely watchable, but we’ve got our customers’ backs!”

“Even I can’t believe AT&T spent $67 billion on DIRECTV and still couldn’t roll out a streaming service that worked!,” said Legere in the press release.