T-Mobile Home Internet was initially launched in a trial in Grand Rapids, Michigan in early 2019, later expanding to neighboring communities. Last month, the company expanded availability to include 450 more markets – a move triggered, at least in part, by AT&T’s decision to stop offering DSL-based broadband to new customers.

While AT&T has deployed fiber-based broadband to numerous metro markets, the company has been slower to launch such service in smaller towns – and T-Mobile’s Home Internet announcement last month focused on many of these smaller markets.

Today’s announcement includes markets as large as Detroit, Minneapolis, Cleveland and Pittsburgh – and as small as Adrian, Alma and Alpena, Michigan or Bemidji and Brainerd, Minnesota.

It’s worth noting, though, that T-Mobile cautions in today’s announcement that T-Mobile fixed wireless Home Internet is available “on a first-come, first-served basis, where coverage is eligible, based on equipment inventory and local network capacity.” The company did note, however, that capacity “is expanding all the time.”

In comparison, Verizon’s 5G-based fixed wireless service, dubbed Verizon 5G Home Internet, costs $50 a month for customers who use Verizon for mobile service but $70 a month for others. Verizon has launched that service in several markets and has plans to reach several more before year-end. It offers significantly faster service, around 300 Mbps or faster, but it has a fairly small footprint.

AT&T also has a fixed wireless offering, which is available quite broadly and which launched at $60 a month. That service is fairly slower, offering a 10/1 Mbps service, targeting primarily rural markets.

Perhaps we will look back on 2020 and 2021 as the years when fixed wireless really gained traction.

A complete list of the new markets for T-Mobile fixed wireless Home Internet can be found in this press release. 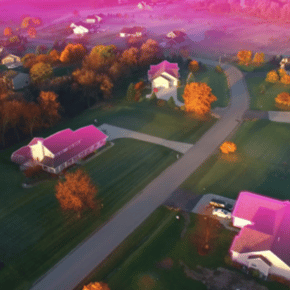