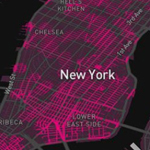 It would be easy to miss the news today that T-Mobile will have 5G service available in parts of six cities this week, as the headline to the announcement simply read “T-Mobile to Carry the Samsung Galaxy S10 5G.” In keeping with its “Un-carrier” strategy, the company apparently didn’t consider its 5G launch to be extensive enough to merit a lot of fanfare.

Instead, the company noted that customers will be able to “boost T-Mobile’s advanced LTE network with 5G in parts of six city centers.” The six cities are Atlanta, Cleveland, Dallas, Las Vegas, Los Angeles and New York.

T-Mobile 5G Launch
Perhaps surprisingly, these initial T-Mobile 5G deployments are in the millimeter wave spectrum band. Previously the company announced plans to deploy 5G in lower-frequency 600 MHz spectrum, touting the ability of that spectrum to support broad coverage areas and enabling the company to set a goal of having nationwide 5G in 2020, although that didn’t stop the company from spending big on spectrum in the recently completed auction of millimeter wave spectrum in the 24 GHz and 28 GHz band.

On closer look, T-Mobile’s decision to use millimeter wave spectrum initially for 5G isn’t so surprising. As AT&T Communications CEO John Donovan explained recently, that company decided to deploy 5G initially in the millimeter wave band because that’s what initial standards called for. Rather than wait until 2020 to get started, T-Mobile apparently decided to dip its toe in the 5G waters with a limited millimeter wave launch.

With today’s news, T-Mobile is the fourth of the nation’s four major wireless carriers to launch 5G and to date, everyone but Sprint has used millimeter wave spectrum supported by the Samsung Galaxy S10 5G smartphone for their deployments. (Sprint is deploying 5G in the 2.5 GHz band using a smartphone from LG.)

T-Mobile’s current millimeter wave spectrum holdings (not including its auction winnings) are not as extensive as AT&T’s or Verizon’s in terms of markets or spectrum depth, according to a February news item from Light Reading. At that time, T-Mobile reportedly was experimenting with 5G using its millimeter wave holdings, which average 200 MHz of spectrum in 10 U.S. markets. The carrier was seeing top speeds of 500 Mbps, while AT&T and Verizon both have used broader spectrum and have seen higher speeds – another reason T-Mobile may be downplaying its initial 5G launch.

Nevertheless, T-Mobile wasted no opportunity to one-up its rivals where it could. The company noted in today’s press release, for example, that “customers won’t pay a dollar more” for 5G service. Both AT&T and Verizon expect to charge extra for 5G, although both carriers are offering initial discounts and waivers.

Despite those discounts, customers of any carrier will pay a substantial sum to gain 5G connectivity, as the Samsung Galaxy S10 5G sells for $1299.99 and Sprint’s phone is only about $100 less.

T-Mobile said the Samsung 5G smartphone will be available to customers on Friday.