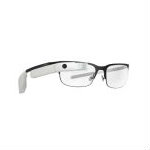 Responses to the survey varied among online adults (18 and over) surveyed across Australia, China, France, Germany, India, Mexico the United Kingdom (U.K.) and the U.S. Nearly half of U.S. adults (48 percent) see benefits in using wearable technologies in the workplace, such as increasing efficiency, productivity and safety. While substantial, that was the lowest among all countries, according to Kronos’s “Wearables at Work” report. Ninety-six percent believe that to be the case among those surveyed in Mexico, which had the highest percentage.

Furthermore, while 20 percent of U.S. adults have worn wearable tech, such as headsets, smart badges or bar-code scanners, for work purposes, 82 percent in India and Mexico have. So have 56 percent of adults surveyed in Germany, 45 percent in France, 43 percent in Australia and 38 percent in the U.K.

Only eight percent of U.S. adults have used telephone headsets, either wired or Bluetooth devices, in the workplace. That compares with 60 percent in China and India, 52 percent in Mexico, 26 percent in Germany, 22 percent in Australia, 18 percent in the U.K. and 16 percent in France.

Perception of Wearables
Across all countries, three reasons emerged as the key factors that motivate employees to make use of wearable tech in the workplace: It made them more efficient; it improved work/life balance; and their employer approved the device. One-third of U.S. adults felt that improving their workplace efficiency would make them more likely to use wearable tech. That compares to 62 percent in Mexico, 60 percent in China, 58 percent in India, 45 percent in Germany, 42 percent in Australia, 41 percent in the U.K. and 37 percent in France.

In the U.S., the survey revealed a positive sign that use of wearable tech in the workplace will increase. Respondents who identified themselves as students had a much higher use of and interest in wearable tech:

“There’s a strong belief that wearable technology will take off in the workplace before the home because devices such as smart watches, intelligent ID badges, and fitness and health monitors can provide organizations with uncharted data collection points to greatly improve safety, productivity, collaboration, and overall workplace effectiveness. And while more and more types of wearable technologies have hit the market, the concept of wearables at work isn’t new,” commented Joyce Maroney, director of The Workforce Institute at Kronos.

“Workers have been wearing uniforms, safety gear, ID badges, communications headsets, and so on for years to do their jobs better. This survey shows a marked difference in how wearable devices are used and perceived around the world, and people who use new wearable technologies in their personal lives tend to see more potential benefits in the workplace. The more comfortable we become with wearables, the more apt we are to leverage these technologies in the workplace.”