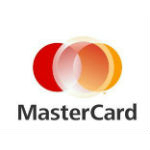 More than one in three Americans (77 percent) feel insecure about the online security of the personal financial information and the possibility that sensitive data – social security numbers specifically – will be stolen or compromised, according to results of a new survey from MasterCard.

Americans’ concerns and what they say is at odds with what they actually do to protect their online financial and sensitive personal information, MasterCard found, however, according to MasterCard’s “Emotion of Safety & Security Survey.”

American Views on Financial Data Security
A majority of Americans are worried their email will be hacked or their home robbed, but to a lesser extent. More than six in ten (62 percent) of survey respondents said they were anxious about their email being hacked. Six in 10 (59 percent) said they were worried about their home being robbed. More than half (55 percent) said they would rather naked pictures of themselves be posted online than have their financial information stolen.

Furthermore, more than 4 in 10 (44 percent) use the same password for multiple accounts while 4 in 10 (39 percent) have accessed their financial data online via public networks susceptible to hackers.

With the U.S. being the last major market in which swipe-and-sign electronic payment cards are used, roughly half the world’s credit card fraud occurs in that country. Yet Americans hold only about 25 percent of the world’s credit/debit cards.

That’s due to change this year as banks and credit card issuers, including MasterCard, replace sign-and-swipe magnetic stripe credit and debit cards with chip-based ones. The so-called “liability shift” will enhance the security of Americans’ sensitive financial data, MasterCard and other industry participants say.

“Our survey reveals there’s a sharp contrast between what people say or think they are doing to protect their information and what they actually do, but that’s understandable – we’re human,” Carolyn Balfany, SVP of U.S. Product Delivery – EMV, MasterCard, was quoted in a press release.

Chip Cards to the Rescue?
According to MasterCard’s survey results 7 in 10 consumers use chip cards or intend to use them soon. More than half (56 percent) use mobile digital payments via an app or website or plan to do so soon.

“This survey really gets to the heart of consumers’ emotions around safety and security – and what we’ve uncovered is that while many Americans may be concerned, they’re also incredible resilient and optimistic about change ahead,” Balfany continued. “People of all generations want to take ownership of their financial information, they’re becoming more security conscious, and they’re actively embracing new technologies and services that will help keep them safe.”

Commented identity theft and personal security expert Robert Siciliano. “Today’s digital lifestyle means consumer concerns for online safety and security trumps physical security as a close second. It’s great that consumers have heightened awareness, but while they may understand personal responsibility they still want to feel protected by the institutions who are also responsible for protecting their data.”