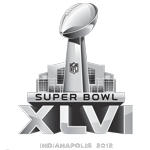 Perhaps many years from now, we’ll look back at this development as a ‘watershed’ moment in the OTT video movement. The Super Bowl is coming to OTT. For the first time, the NFL’s going to make the Super Bowl, Pro Bowl and NBC’s Wild Card Saturday doubleheader available online, on selected mobile phones, as well as on TV. In addition to NBC’s live TV broadcast, this year’s postseason games will be streamed live on NFL.com and NBCSports.com, as well as on NFL Mobile only from Verizon, according to a news release.

NFL Mobile only from Verizon will also stream the broadcast of NBC’s postseason games using a mobile app for the first time. Launched in 2010, NFL Mobile has proven to be one of Verizon Wireless’ most successful mobile apps.

All telecommunications modes will be based on NBC’s live TV coverage of the games. The games will come in HD quality and include DVR functionality. A number of extra and interactive features will also be available, including additional camera angles, in-game highlights and live statistics, as well as others.