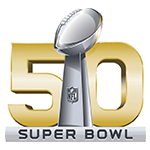 This year’s collection of the most engaging Super Bowl commercials, promotions and game excerpts didn’t rise to the level of previous contests in terms of ¨sizzle¨ factor, according to TiVo, which makes a specialty of analyzing the Super Bowl as a media event.

In contrast to previous years, no single genre or theme dominated Super Bowl 50, TiVo highlights in a press release. The game itself, as well as halftime’s live musical entertainment, surpassed any commercial in terms of viewer engagement, according to TiVo’s analysis.

Following is TiVo’s Top 10 ranking of Super Bowl 50 commercials and promotions which subscribers can watch from their TiVo DVRs:

Commenting on its analysis, TiVo SVP and GM Content & Media Sales Tara Maitra said: “Super Bowl 50 may not have been a nail-biter on the field, but the entire event is a bigger spectacle every year and fans around the world can’t seem to get enough. Ratings for the game and the price tag for 30-second ad spots may have risen as usual, but ads this year felt ‘safer’ and less edgy. Additionally, spots are created for splintered audiences on various social media platforms and for online promotion — diverting from the genres and traditions of past years.”