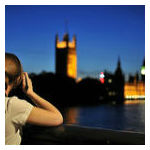 Equipped with digital cameras, smartphones and tablets, it’s easier than ever to photograph, film or otherwise record and capture memorable and chance moments of our children’s, as well as our own, lives. That said, market research conducted in May by Harris Poll for Keepy indicates that “technology has made our memories significantly harder to access and save for the future.”

Nearly half of respondents (47 percent) said they haven’t really thought about how they will share family photos and video with their children when they are older.

Commenting on the survey results, digital life expert David Ryan Polgar stated, “Between smartphones, DSLRs, and iPads, most parents today have multiple devices with which to capture family memories. We are seeing a dramatic increase in the volume of photos and videos families are capturing, but unfortunately content is often captured quickly and then forgotten or lost.

“Ironically, the most photographed generation of children may have the fewest photos and videos to look back at if parents do not save and preserve their memories in a lasting way.”

According to the report, “technology is a blessing and a curse for family memories:”

“The inability to effectively curate the photos and the videos and turn them into memories, accessible in one central location may prevent children from reliving the story of their life in the future—the very reason that parents presumably took photos and videos in the first place,” Keepy notes.

“Parents are understandably concerned and struggling with how to save the stories of their children’s lives in our increasingly digital and mobile world,” Keepy founder and CEO Offir Gutelzon was quoted in the press release.

“As a company focused on creating a new way for families to save and share their memories – this survey really hit home for us how important memory preservation is and how great the need is among families for a solution that helps them not just save files but turn those photos and videos into real memories.”