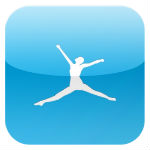 Initially failing to live up to expectations, health and fitness apps now look like they are taking off. Having grown a measly 49 percent as compared to 115 percent for the mobile app industry overall in 2013, health and fitness app usage this year so far is growing 87 percent faster than the overall industry average, which itself continues to grow “at an astounding rate,” according to new market research from mobile analytics provider Flurry.

Surveying over 6,800 iPhone and iPad apps listed in the health and fitness category of the Flurry platform, the mobile apps, ads and analytics provider found they’re growing at a 62 percent clip in 2014, nearly double the 33 percent growth in overall mobile app usage.

The number of wellness and fitness accessories sold by Apple in the U.S. “is a good indication on how many health, fitness and vital sign tracking devices the iPhone can replace,” Flurry points out. Other developments Flurry is following include mobile health and fitness app innovation, particularly “integration with Facebook and other prominent social networks.”

Mobile Health and Fitness App Usage
According to Flurry, most of the growth in mobile health and fitness apps is coming from one group: Fitness fanatics.

Flurry found that women account for 62 percent of fitness fanatics, with men representing 38 percent of that population. That’s skewed a lot further toward women – 42 percent over-index – than the average for mobile consumers, where the gender ratio is 48 percent female to 52 percent male.

Broadening out its profile of fitness fanatics driving health and fitness app usage, Flurry determined that fitness fanatics tend to be sports fans, parents, and avid runners who don’t pay much attention to social networks and mobile games.

All this led Flurry to conclude that Fitness Fanatics “are predominantly mothers age 25-54 who are sports fans and lead healthy lifestyles.”

The pick-up in use of health and fitness apps should be encouraging news for those involved in the wearables market, Flurry adds. “According to Stephanie Tilenius of Kleiner Perkins Caufield & Byers, 30 percent of U.S. consumers will be wearing a device to track food, exercise, heart rate and other critical vital signs,” Flurry highlights.

“Since Fitness Fanatics are the heavy users of these applications on smartphones and tablets, we expect that this segment will be among the early adopters for wearables, especially watches and bands.”