While XGS-PON transceiver costs are falling steeply, GPON costs currently are superior to those of XGS-PON on an average of two-to-three percent when measured across the overall connection cost. However, GPON’s capacity of 2.5Gbps downstream and 1.25Gbps of upstream may not be sufficient to serve users’ needs over the next few years as bandwidth-intensive applications, such as video gaming and video conferencing, become the norm. XGS-PON, with four times the downstream capacity and eight times the upstream capacity, is better suited to meet such trends.

To study the impact of bandwidth trends on the lifespan of GPON infrastructure, we have attempted to construct a predictive model to help determine when a GPON port will become a bottleneck for Gigabit broadband consumption. We have constructed a model with four user types – Super Users, Heavy Users, Regular Users, and Low Users – and assumed an average measured Busy Hour Offered Load (BHOL) 4.75Mbps with a conservative expected CAGR of 30%, based on measured industry-wide data usage estimates.

The charts below show that at a 1×32 split and a 1×64 split, GPON will have less than 1Gbps headroom by 2028 and 2026, respectively, making it impossible to deliver 1Gbps reliably in a busy hour – which is when it is most needed! With such a limited lifespan, greenfield deployments built using GPON will struggle to deliver a normal payback of eight to 10 years before needing to be upgraded to XGS-PON.

Combo PON enables operators to deploy GPON and XGS-PON simultaneously off a single active port. The resulting architecture allows for interesting scenarios in segregating the heavy, moderate, and light users by the appropriate PON technology. For instance, if we put all heavy and top half of the moderate users on XGS-PON and leave the remaining on GPON, we notice that the lifespan of GPON technology in such a deployment increases by two-to-three years.

One might make the case that an integrated coexistence element isn’t necessary to see the benefits of lifespan extensions. While true, the advantage of using a single active device or module that accepts a Combo PON transceiver is many folds, as shown below. These benefits are relative to a disaggregated GPON and XGS-PON solution combined with an external coexistence module. 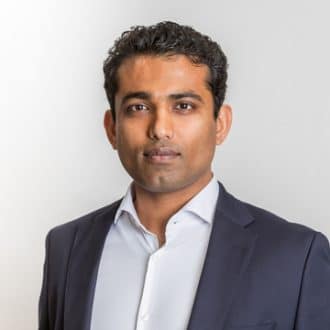 KT Mishra is a Market Manager at ADTRAN, responsible for building and maintaining a strong consistent brand and driving various awareness and lead gen campaigns. KT has authored various blogs and articles in magazines such as Skinny Wire to drive thought leadership campaigns for ADTRAN’s Fiber Access portfolio, specifically Combo PON solutions. Previously, KT served as a Product Manager at ADTRAN where he defined and executed product line strategy across the complete life cycle of ADTRAN’s Cloud Management Platform Integration and Fiber Access Portfolio. KT Mishra has a Masters in Electrical Engineering from Auburn University and a Masters in Business Administration from The University of Chicago Booth School of Business.