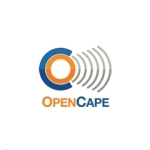 The ground is beginning to thaw in the northern half of the U.S.—and numerous middle-mile projects that won broadband stimulus funding are getting set to get underway. The latest stimulus winner to announce its preparedness is OpenCape Corporation, a non-profit organization created with the goal of building an open access middle mile network, also called OpenCape, on Cape Cod.

Open Cape Corporation announced today that it has chosen CapeNet LLC, a joint venture of Telecom Global Inc. and CapeNet Partners, to design, build and operate the OpenCape Network. CapeNet LLC is a Massachusetts-focused management organization and Telecom Global is an international telecom engineering, development, construction and operations firm that has about 1800 employees in more than 50 countries.

“The CapeNet team was selected in large part because it brought a combination of national and international telecommunications experience and a comprehensive understanding of the region’s assets,” said OpenCape CEO Dan Gallagher in the announcement. “Short term its commitment to regional and local sub-contracting ensures the greatest economic impact during construction, while its comprehensive plan for market and services development ensures the long-term sustainability of the project.”

OpenCape won a $32 million grant from the National Telecommunications and Information Administration for the network, which it supplemented with $8 million from the Commonwealth of Massachusetts, Barnstable County and its own resources. The network will consist of a 300-mile fiber backbone with extensions to major regional network connection centers in Providence, R.I. and Brockton, Mass. A microwave overlay for backup and emergency services will also be included. The network will connect more than 70 anchor institutions such as public safety and educational institutions.

OpenCape is on target to complete the project by the beginning of 2013, said Art Gaylord, Chair of the OpenCape board.

The OpenCape announcement came just days after Massachusetts Broadband Institute, another  Massachusetts-based stimulus winner, announced the operator for another middle mile open access network in the state. That project also received part of its funding from the Commonwealth of Massachusetts.