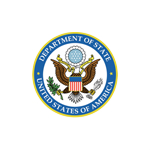 The Obama administration has been on a broadband boosting binge lately – and this time ambitions extend beyond the U.S. A new program called “Global Connect,” announced yesterday by the U.S. Department of State, has set a goal of helping to bring 1.5 billion people worldwide on line by 2020.

Just last week Obama’s Broadband Opportunity Council announced a range of initiatives aimed at boosting domestic broadband deployment, in part, by making broadband an official government priority. Global Connect aims to achieve its goals through a similar approach. A State Department press release notes, for example, that “major U.S. development agencies will begin to make Internet access a top priority in their work around the world.”

Other tactics will include urging international development banks to recognize the Internet as an essential element of every country’s infrastructure, partnering with governments from other highly connected countries and working with private industry, which has devised innovative methods of connecting people in remote areas, the press release said.

The State Department said it will bring governments and stakeholders together early next year to further advance the Global Connect initiative.

State Department Global Connect
Global Connect was announced at a United National General Assembly meeting in New York — not by a State Department representative but by Catherine A. Novelli, UN Under Secretary for Economic Growth, Energy and the Environment. The UN’s Broadband Commission for Digital Development also has set global broadband deployment goals. Current goals call for getting 60% of the world’s population online and connecting 40% of households in developing nations this year.

The Global Connect initiative already has verbal backing from the Information Technology Industry Council, which calls itself “the global voice for the technology sector.” A range of heavy hitter tech companies provided supporting quotes for a press release indicating ITI’s support for Global Connect. Among them were Corning, Dell, Ericsson, Facebook, HP, IBM, Intel, and Microsoft. The quotes touted the economic benefits of broadband and the importance of getting everyone connected.

Let’s hope those involved don’t lose sight of the fact that there are still several million U.S. households that can’t get broadband and let’s also hope that government and industry continue to devote some of their efforts to helping achieve broadband deployment goals here at home.