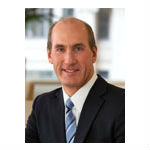 AT&T Group President and Chief Strategy Officer John Stankey today offered additional details about the fixed wireless broadband offering that the company previously agreed to make available in some rural areas if the company’s plan to purchase DirecTV is approved by regulators. Stankey made his comments at an investor conference that was also webcast.

Perhaps the most important new information that Stankey revealed at the conference is that AT&T’s plans call for deploying the service in areas where the company has fallow licensed spectrum and that the service is expected to support sustained peak data rates of 10-20 Mbps.

AT&T Fixed Wireless Broadband
Spectrum license boundaries are “not neatly drawn,” said Stankey. While AT&T might only want spectrum for metro areas, licenses for metro area spectrum sometimes include areas outside the metro where AT&T doesn’t need the spectrum for its mobile operations. The carrier would like to put this spectrum to use to support a fixed wireless broadband service based on 4×4 MIMO technology and using different power levels and antennas than for traditional wireless offerings, Stankey said. He noted that DirecTV technicians would handle installations.

AT&T envisions its fixed wireless offering being sold as part of a double play that would also include DirecTV video service, thereby helping to minimize churn. The carrier also would expect to sell targeted advertising.

About 25% of the people in the areas that AT&T would target for the service currently have no terrestrial broadband offering, while 30% or less have only low-speed DSL, Stankey said. Others have the option of cable modem service delivered over non-upgraded cable plant, he noted.

Stankey declined to provide details about where the new wireless broadband offering would be made available. But he said the company estimates that about 10 to 12 million U.S. households could be targeted for the fixed wireless offering.

That doesn’t quite match the 15 million households that the company talked about serving with fixed wireless broadband when it announced the plan to purchase DirecTV, so perhaps the company has another fixed broadband wireless offering up its sleeve that would be based on different parameters.

Symmetrical Broadband, LTE-A, Multicast Plans
Stankey made his comments just one day AT&T announced that it will bring its gigabit broadband service based on fiber-to-the-home infrastructure to Miami, making Miami the latest in a string of new gigabit markets that AT&T has announced recently. At the financial conference, Stankey revealed one of the key reasons the company has taken such a strong interest in gigabit service.

Other interesting information from Stankey at today’s conference included: