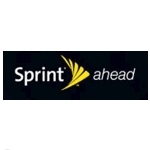 Sprint’s wholesale VoIP efforts with the cable industry are well documented. At one point in early 2009, cable companies using Sprint’s wholesale IP voice service passed 31 million homes, servicing 4.5 million of them with VoIP service. Sprint served both large and small cable companies. It amounted to a nice revenue stream for Sprint. It looks like that gravy train is slowing down.

The Kansas City Business Journal reports that Sprint is losing Time Warner Cable as a wholesale IP voice customer, resulting in a loss of $250 million in revenue. Ouch. Other cable companies, including Mediacom are leaving Sprint, choosing to build their own VoIP capabilities. These moves may not represent a wholesale cut with Sprint for IP voice services, but at a minimum, they represent a significant reduction in revenue for Sprint.

For cable companies, these moves demonstrate a graduation of sorts, relative to voice services. Early on, it was nice to partner with a company who has a ‘voice pedigree,’ as cable companies entered the little known territory of providing voice services. But as they gain experience, the need for a Sprint voice crutch is apparently waning, at least for some. The cable-Sprint connection continues in other ways though, particularly with Clear and WiMAX.