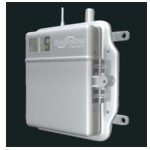 Sprint yesterday became the latest service provider to announce a smart grid communications solution manufactured by SmartSynch for use with its cellular network.  Sprint and SmartSynch have introduced a residential utility smart meter for use with automated metering infrastructure (AMI) aimed at providing real-time information about power usage  with the goal of minimizing energy consumption and shifting consumption to non-peak times.

Although some manufacturers of smart grid communications equipment rely on private wireless networks based on mesh connectivity, SmartSynch has focused on solutions based on public cellular networks. “With today’s announcement, every major cellular provider is aggressively competing in this market and each carrier has a designated smart grid team actively responding to requests for proposals from utilities,” said SmartSynch CEO Stephen Johnson in yesterday’s announcement. “This is a very real occurrence and it’s going to alter the course of smart grid development for the good of utilities and their customers. Only cellular networks offer the bandwidth to support the smart grid applications of today and those that will inevitably surface as smart grid technology evolves.”

SmartSynch meters will be used for a $123 million smart grid project for the Texas-New Mexico Power Company and they recently announced a partnership to supply Verizon with equipment for smart grid networks.

Rilck Noel, vice president and global managing director of Verizon’s energy and utility unit told Telecompetitor recently that although utilities initially favored building their own smart grid communications networks, he has seen a shift in recent months toward a hybrid smart grid approach that would also use public cellular networks.