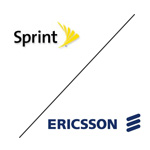 Sprint said this week that it will work with Ericsson to build a “distributed and virtualized core network dedicated specifically to IoT (Internet of Things).” The Sprint IoT offering also will be underpinned by an operating system for the IoT that the partners will develop.

The Sprint press release did not have a similar level of detail about that company’s plans and a Sprint spokesperson did not immediately reply to a request from Telecompetitor for more information about that. We will publish an update whenever we hear back from them.

As for the new operating system (OS) that Sprint is developing with Ericsson, the carrier said the OS will provide:

A Competitive Market
Wireless carrier IoT announcements have been coming out quite frequently in recent months, focused primarily on the communications protocols that their networks will support. Carriers are expected to offer at least three different options, each of which meets different needs in terms of bandwidth and other features. The three cellular options that the industry seems to be coalescing around include Cat 1, Cat M (also known as Cat M1) and NB-IoT (also known as Cat NB1).

Verizon, for example, offers Cat 1 and Cat M/Cat M1 services and plans to add NB-IoT this year. Previously the company said it would build a separate core LTE network to support its IoT plans.

T-Mobile already has an NB-IoT network. The company also has a link for Cat 1 on its IoT website but it is unclear whether the company currently offers Cat 1 or Cat M/Cat M1.

Sprint last year said it planned to offer Cat 1 by mid-year and Cat M/Cat M1 this year. At that time, the carrier also said LTE Cat NB1 (NB-IoT) would “follow.”