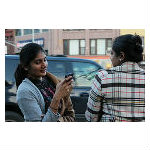 Google has assembled a broad-based international group of wireless carriers in a bid to develop a global open and interoperable messaging service for Android devices. The mobile industry initiative aims to speed up the availability of Rich Communications Services (RCS), according to a press release issued February 22 from the Mobile World Congress in Barcelona.

Sprint is joining the Google-led initiative along with América Móvil, Bharti Airtel Ltd, Deutsche Telekom, Etisalat, Globe Telecom, KPN, Millicom, MTN, Orange, PLAY, Smart Communications, Telenor Group, TeliaSonera, Telstra, TIM, Turkcell, VimpelCom, Vodafone, and the GSMA. All have agreed to carry out a transition to a common, universal profile based on GSMA’s RCS specifications and an Android RCS client provided by Google in collaboration with carriers and OEMs.

The Google RCS Initiative
Adopting the expected universal RCS client will enable smartphone and mobile device users to read receipts and to access RCS services such as group chat and high-resolution photo sharing. That will enhance SMS, which is used by more than 4 billion people worldwide, according to the press release.

Furthermore, the open, universal nature of the messaging specification can be implemented by other mobile operating systems and supported by a formal GSMA accreditation process, according to the press release. Google said it will provide an open source version of the client-based universal profile spec and a developer API.

“Messaging holds a central place in our lives, whether it’s coordinating a meet-up, sharing photos with friends, or sending thoughts to a loved one,” commented Nick Fox, Google VP of Communications Products. “Today marks an important step forward in bringing a better messaging experience for Android users everywhere, and we’re thrilled to collaborate with our partners across the industry to make this happen.”

Forty-seven wireless carriers in 34 countries have launched RCS services to date, GSMA CTO Alex Sinclair added. ¨[T]his initiative will greatly simplify and accelerate adoption of the technology, and points to the future of how mobile users will communicate with one another. Google’s contributions will provide operators a new opportunity for a rich, consistent implementation across Android devices and offer a real step change in messaging experiences for consumers worldwide.”