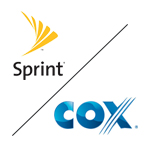 A new Sprint Cox deal will allow Sprint to leverage Cox’s infrastructure for network densification. Sprint will utilize Cox’s network for additional macrocell backhaul and small cell deployments which are key for 4G and 5G deployments.

Details are a little sketchy, but this Sprint Cox deal is the result of a settlement from a patent infringement case brought by Sprint against Cox in 2012. Sprint sued Cox (and many other cable MSOs) for patent infringement over VoIP technology. They have been battling in court ever since and Cox even requested the Supreme Court to intervene. A settlement was first announced in December 2017, with today’s news providing more details.

“This is another opportunity to work with a strategic partner to accelerate our densification plans to improve our network performance and experience for Sprint customers throughout Cox’s national territory,” said Sprint’s Chief Technology Officer John Saw in a press release. “Moving forward, we will continue to look for new opportunities to work with Cox in ways that are mutually beneficial.”

Further settlement details were not provided, but presumably, Cox will be able to continue to leverage Sprint’s patented technology for VoIP service. Cox is the third-largest U.S. cable MSO with approximately 6 million residential and business customers.

Like all major wireless carriers, Sprint is working to densify their network to improve 4G performance and prepare for 5G, which needs more fiber backhaul. With this agreement, Sprint will leverage a variety of densification strategies including traditional macro towers to small cells including Sprint Magic Box, airpoles, strand mounts and repeaters, according to the press release.

This story is developing. Check back for updates.