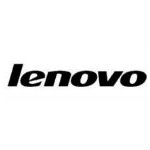 Mobile users now have the option of purchasing cellular data plans for as little as 15 minutes as the result of a partnership announced today between laptop computer manufacturer Lenovo and 30-month-old startup company Macheen. To use the service, end users need a Lenovo ThinkPad laptop computer, which comes with embedded mobile broadband connectivity with the new Lenovo Mobile Access offering pre-activated as the default configuration.

Macheen will be responsible for connectivity and for managing the relationship with underlying network operators. In the U.S., Lenovo Mobile Access initially will work with Sprint’s 3G network but longer term, Macheen expects to add 4G capabilities, as well as other network operators and “non-cellular networks,” a spokesperson for Macheen and Lenovo said. Macheen also has relationships with carriers in several other countries, where Lenovo Mobile Access also will be available on the ThinkPad.

But although Macheen is buying network connectivity on a wholesale basis, the spokesman took care to note that Macheen is not a traditional mobile virtual network operator. “Macheen’s relationships are often with the M2M group or even treated very specially as new business opportunities to grow the market of connected devices,” he wrote in an email to Telecompetitor. Macheen does something “completely different” with its bandwidth than carriers can do, he said.

The 30-minute service from Lenovo Mobile Access will cost $1.95, with a daily option available for $8.95. Monthly plans for either 2 GB or 6 GB of data access also are available.

Macheen also provides connectivity to Dell for its NetReady offering unveiled last year and Macheen said it is also targeting retailers and cloud providers, as well as manufacturers. Moving forward Macheen has some interesting ideas for its platform. For example, the company notes that it might provide access to some applications and content at no cost to end users in return for sponsored advertising or promotional offers.

Macheen offers “an enabling cloud platform for many kinds of new business models and new types of offers and commercial settlement,” said the spokesman. He noted, for example, that app stores might be interested in providing free access to their customers using the Macheen platform.

Lenovo targets individual users as well as what it calls “prosumers,” which the joint spokesman described as “consumers who are more oriented toward the business/ professional end of the scale than the average consumer electronics purchaser.” Prosumers, he said will likely travel or work outside of the office more frequently and will use their PCs for business functions.

A hot trend among these users is to use their own wireless devices for business use – a phenomenon sometimes referred to as “bring-your-own-device.” Macheen said it is well positioned to benefit from this trend because its platform enables “any combination of network applications” to be “pre-defined with a customized service plan.” This enables companies to enforce a range of built-in policies such as whether the end-user is allowed to buy other Internet access on a different account.