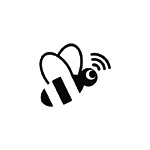 Verizon today announced a new sponsored data offering dubbed FreeBee that will enable wireless customers to view some mobile content without having it count against their monthly data allotments. Hearst Magazines, GAMEDAY and Verizon’s own AOL unit have already signed up to participate in a beta trial of the offering, and Verizon said it would welcome other brands to participate.

Verizon FreeBee
FreeBee will encompass two separate offerings. FreeBee Data 360 will give content providers the ability to provide consumers some or all of their mobile content in an app or via a mobile website, with the content providers paying for data on a per-gigabyte basis.

A separate offering, simply called FreeBee Data, will give content providers the ability to sponsor specific consumer actions such as watching a video clip, streaming audio or downloading an app on a per-click basis.

The FreeBee Data offerings will “add value and utility to consumers’ everyday experiences” and “will fundamentally transform how brands and businesses connect with their customers,” said Colson Hillier, vice president of Consumer Products at Verizon, in a press release announcing the offering.

Sponsored Data and Net Neutrality
Verizon FreeBee sounds a bit like the sort of offering Net Neutrality advocates hoped to prevent. But at the time Verizon announced its own Go90 content offering, a Verizon executive said the company also would offer a sponsored content option for the service and that it expected to avoid Net Neutrality issues by offering sponsorship options to other content providers as well.

Verizon likely will argue that the service isn’t paid prioritization because it doesn’t involve traffic engineering in the network. And because Verizon is offering the service to Go90 competitors, the company likely expects to avoid running afoul of the Net Neutrality guideline that prevent carriers from favoring their own content offerings.