The SpaceX Starlink network currently has more than 10,000 users, according to a SpaceX FCC filing. SpaceX also provided a considerable amount of technical detail about its non-geostationary satellite network in the filing, which aims to fulfill a key requirement of the Rural Digital Opportunity Fund (RDOF) program.

SpaceX won $885 million toward the cost of making broadband and voice service available to unserved areas of 35 states in the RDOF auction late last year. One of the requirements for obtaining that funding is to gain eligible telecommunications carrier (ETC) status in all the states where it won funding.

While some states are responsible for that process, others hand off that responsibility to the FCC – and the SpaceX filing pertains to the states for which the FCC will determine SpaceX’s ETC eligibility.

The filing comes at a time when some industry stakeholders have questioned whether SpaceX will be able to deliver service at the speed and latency to which the company committed. In its filing, SpaceX attempts to assuage these concerns.

For example, although critics have argued that SpaceX network performance is unproven, the company offers a range of data points aimed at negating this concern.

“Starlink’s performance is not theoretical or experimental,” SpaceX wrote in the filing, adding that “the Starlink network has already successfully demonstrated it can surpass the commission’s ‘Above Baseline’ and ‘Low Latency’ performance tiers.”

Users already are getting 100/20 Mbps service and the network already has demonstrated performance of 95% of network round-trip latency measurements at or below 31 milliseconds, SpaceX said. The company also noted that it has successfully tested standalone voice service over the Starlink network and provided a diagram suggesting that the network has plenty of capacity.

The network is planned to include more than 4,400 satellites in low Earth orbit (LEO) to serve the U.S., and the company already has 1,000 satellites in place. Some information in the filing appears aimed at demonstrating that the company can quickly deploy additional satellites.

“SpaceX maintains a rapid launch cadence by reusing the first stages of the Falcon 9, which is designed to be flown at least 10 times and can be refurbished for re-flight in less than two months,” the filing explains. “By designing satellites to be stacked and utilizing an innovative deployment approach, Space X is able to launch 60 Starlink satellites at a time, with launch approximately every two weeks.”

The filing even addresses concerns that have been raised about the possibility of LEO satellite operators creating space trash that could potentially collide with satellites or other space trash.

“SpaceX has designed its system so that normal operations should not generate any debris, but in the unlikely event that any does result, atmospheric drag will ensure that such debris will quickly disintegrate in the atmosphere and pose no further danger to space operations or life on the ground,” the filing states. “Moreover, its satellites will have sufficient maneuverability to avoid other satellites and orbital debris throughout their mission lifetime and through the de-orbit process.”

Other interesting Starlink network information included in the filing:

Updated to note that the company plans to use at least 4,400 satellites to serve the U.S. 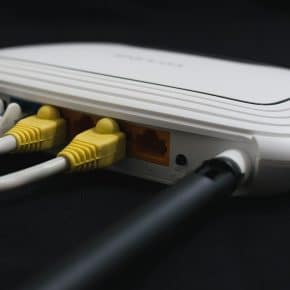 CCA: Hundreds of Millions in RDOF Support Set to Go to Areas that Already Have Broadband 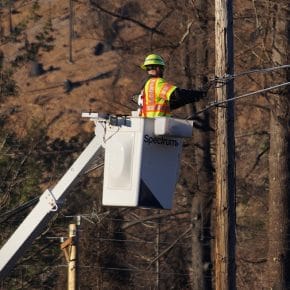