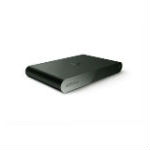 The number of streaming OTT streaming set-top-box (STB) options continues to multiply. Amazon recently released their Fire TV STB, and now Sony announced plans for PlayStation TV (PS TV), which will retail this Fall for the familiar $99 price point. The Sony effort has an interesting twist, with more of an emphasis on gaming than video.

PS TV is the North American version of an already released PlayStation Vita TV, which has been available in Asia. The initial focus of the PS TV is on gaming. It allows users to remotely play PS4 games on another TV in the home – think of it as whole-home gaming, akin to whole-home DVR for video. It also plays a range of other Sony gaming options, including titles for the Play Station Portable (PSP) and an upcoming PlayStation Now service, which streams PlayStation 3 games. Basically, the PS TV brings multiple Sony gaming experiences to the big screen TV at a reasonable price point.

Add OTT
Sony did not mention many video capabilities for the PS TV in their announcement. But the PlayStation Vita TV already offers numerous OTT options including Netflix, Hulu Plus, YouTube, and a host of others. Since the PS TV is roughly a North American version of the PlayStation Vita TV, one could easily assume those capabilities will be added to it. Why wouldn’t they?

The PS TV presents a somewhat differentiated OTT/gaming STB, which will appeal to ‘casual gamers.’ Amazon’s Fire TV also offers casual gaming titles, but not nearly as extensively as the PS TV. Gamers are an important, and sometimes misunderstood, market segment.

Many service providers have used a Roku STB or similar devices as bundled marketing promotions. The new PS TV may offer a similar opportunity, with the added bonus of targeting the gaming segment.