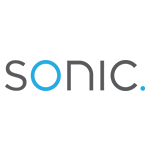 Regional ISP Sonic is bringing disruptive pricing for gigabit to many markets in Northern California, and perhaps beyond. Just one day after Google Fiber’s high profile announcement of their Bay Area intentions, Sonic put them on notice to be ready for a fight (as first reported by DSLReports.com).

“After years of planning and construction, I am happy to announce that Sonic has launched our Gigabit Fiber service in San Francisco,” reports Sonic CEO Dane Jasper in a blog post.

Disruptive Pricing for Gigabit
Sonic’s Fusion Fiber service offers a double play bundle of gigabit Internet and phone service for $40 (around $58 once all taxes and fees are included). That’s considerably less than Google Fiber’s $70 pricing for gigabit only service, as well as other ISPs who charge much more for much slower speeds.

Since Google Fiber hasn’t announced their gigabit footprint for the San Francisco market, it’s not entirely clear if they will compete directly with Sonic, since Sonic doesn’t cover the entire city. It’s “…currently available for ordering or pre-ordering in the Sunset and Richmond Districts in San Francisco.”

Sonic is taking a page from Google Fiber (as many gigabit providers are) in determining where they will offer gigabit services. They ‘crowdsource’ neighborhoods to build up enough interest and demand before committing to bring gigabit to them, similar to Google Fiber’s fiberhood approach.

It will be interesting to see how Google Fiber responds. They seem to be getting more adept at meeting competitive challenges. Introducing a 100 Mbps tier is one example.

Google Fiber has been successful with one of the original intents of its broadband access project – energize the broadband industry by bringing more competition to it. Just look at recent moves from AT&T, Comcast, Cox, and others, including Sonic.

Now let’s see how they handle waking up this sleeping giant.