Home » Social Media to the Rescue 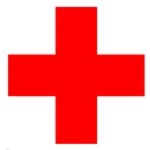 The Red Cross has published a study which examines the use of social media in emergencies.  Nearly 75% of survey respondents participate in at least one online community or social network, Facebook, with 58% of respondents, far and away the most popular.  YouTube, MySpace and Twitter followed in descending order with 31%, 24% and 15% or respondents saying they used them, respectively.  A significant percentage of those surveyed — 28% — said they didn’t participate in any.

Eight-two percent of respondents said they participate in social media at least once a week.  Nearly half said they participate every day or nearly every day.  One in six have used such sites to get information about an emergency, and about half said they would sign up for emails, text alerts or applications to receive emergency information — location of food/water, evacuation routes, shelter locations, road closures and medical information being mentioned specifically.

Also among the findings, those more likely to use social media include:

They online survey was conducted by Infogroup to be representative of the US population, surveying 1,058 volunteer respondents during a week in July.