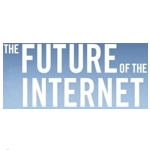 A recent article in the Economist highlights the changing views on technologies initially associated with so-called criminal Internet activity. Now a tool once reviled by broadcasters and media companies is showing new signs of life by being added to an already growing bag of Internet tricks. Yes, peer-to-peer (P2P) is back but without the baggage of prior associations of an evil underworld of illicit file sharing.

Distribution controls and the economics around support of a decidedly old media corporate overhead has rendered a fractured online experience so far. While you can certainly find streamed video content on destinations such as Hulu and major media outlets, this is by no means a complete catalog. Rather, the experiment of online video appears to be subject to takedown and shuffling with little or no warning by the corporate controllers of the content.

It’s easy to see why P2P is back in the news again when you consider the ambitions of the ever consolidating media conglomerate and the quest to drop out bandwidth costs in search of greater profit. What’s less clear is where the long term adoption will stick in the library of offerings. While P2P might make sense for delivering the hundreds of channels of content viewers rarely watch, it’s still unclear that live broadcasts will take this path.

Last but not least, there is also a green aspect to consider for P2P. While promising in many distribution scenarios, P2P is not immune to the energy conscious concerns of the green movement. As such, P2P is going to suffer from an identity crisis of being either a green or a not so green technology.

The video demonstration above is compelling in that one could use P2P as overlay on existing infrastructure to address power use in a possibly green way but the “always on” requirement might be contrary to the ambitions of greener mesh networks that include out of band access being pushed by the likes of Intel.