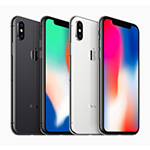 While flagship smartphones with price tags of more than $1,000 received plenty of attention when they were first introduced, the reality is that the phones are out of the price range of most consumers – with less than 10% spending this amount, according to new smartphone price research from The NPD Group’s new Mobile Phone Tracking service.

With consumers already balking at the $1,000 price, it brings into question how many will pay more than $1,200 – the expected price for 5G-capable phones.

Unsurprisingly, consumers in major metropolitan areas dominate the demand for high-end smartphones. According to the research, those in the top 10 DMAs account for more than one-third (39%) of $1,000+ active smartphones, with consumers in New York City and Los Angeles most likely to purchase smartphones at the $1,000 price point.

Consumers in the top 10 DMAs make up nearly one third (29%) of the U.S. population, consumers in these areas over index in $1,000+ devices by 25% compared to the rest of the country.

5G awareness and purchase potential is strong, based on NPD’s Mobile Connectivity Report, with 73% of consumers aware of the advent of 5G, up from 44% at the end of the first half of 2018.

“Consumers are holding onto their smartphones for longer periods, which has presented a challenge for the smartphone market,” said Brad Akyuz, executive director, industry analyst, NPD Connected Intelligence, in a prepared statement. “Manufacturers and carriers are expecting 5G to help reinvigorate the upgrade cycle, but pricing could present another hurdle.”

He added: “Overall awareness and purchase intent reported by consumers is high, but only a small segment of the market can afford these $1,000+ devices. This provides an opportunity for both carriers and manufacturers to focus on diversifying their 5G portfolios by introducing more affordable mid-tier 5G models to enjoy faster adoption rates.”