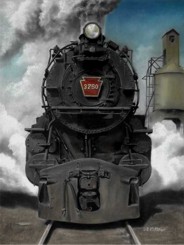 First Palm, maker of arguably the first “mainstream” smartphone, the Treo, announced they’re losing some serious steam. Now comes RIM, who lowered their third quarter expectations on Wednesday. Is this an early indication that smartphone momentum is slowing, or another example of iPhone dominance? Probably neither. Reality suggests that both Palm and RIM have problems all their own which are not necessarily indicative of the broader market. Palm has stumbled for a couple years now by not releasing enough new innovative products. They’re just being punished for taking the market for granted, and may not even recover. In RIM’s case, the news isn’t too bad. According to the Wall Street Journal, RIM did sign up 2.6 million new subscribers last quarter, which is an increase of 57% from a year earlier. Hardly numbers to be ashamed of. Unfortunately for them, wall street was expecting 2.9 million. Consensus says the slight slowdown RIM is experiencing (and predicting) is a result of their consistent delays in releasing new products. Perhaps a few too many people got tired of waiting for the new BlackBerry Storm, and opted for competing smartphone products. RIM’s move into the consumer market also has its fair share of distractions.

Smartphones are still the hottest product in wireless today. The slowing economy will certainly impact their growth, but many more iPhone imitators have yet to hit the marketplace. The smartphone run is far from over.