Home » SmartGrid: Do Consumers Get It? 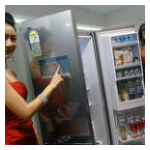 While the smart grid has been met with great fanfare from the broadband and utility industries, average consumers have shown little interest, and even strong opposition in some cases. The fact of the matter is, most consumers don’t understand what the smart grid is, and quite frankly, don’t care. Part of this apathy comes from poor communication and messaging regarding the value of the smart grid to everyday life.

Pike Research identified this issue in some recent consumer research. Results show some interest in home energy management and connected smart appliances. Close to half of survey respondents selected “extremely” or “very” interested with regard to utilizing these services in the home.

“While consumers are less enthused about smart meters and demand response programs, our survey found that home energy management and smart appliances enjoy relatively strong levels of interest,” says Pike Research vice president Bob Gohn in a press release. “As consumers became more familiar with smart meters, their favorable attitudes also increased, indicating that the utilities still have a public education challenge ahead of them.”

I’m not sure these results indicate “strong interest,” but there does appear to be some curiosity from consumers when smart grid is put into the context of applications that bring perceived value to everyday life.

Another interesting data point revealed consumer opposition to smart grid initiatives, with 57% of respondents concerned about the additional costs they may endure. In other words, the majority of consumers don’t see a cost benefit for smart grid, at least not yet.

Energy costs are on the minds of most people these days, primarily due to rising gas prices. Any perception of rising costs with regards to energy will most likely draw a negative reaction.

For smart grid, utilities and broadband providers have their work cut out for them regarding consumer perception and adoption. Educating consumers of the benefit of smart grid empowered applications and the potential energy cost savings they might create is not an easy message to convey.

6 thoughts on “SmartGrid: Do Consumers Get It?”